Initial investment is not required and can be used from anywhere
CANALS is a cloud based system to build databases on the Internet. Offers clouding service by packaging expensive servers and monitoring services.

Can be use by 1 person or 100 people and any device
Complicated license management is not required for using the system. There are no restrictions on the device and any number of units such as computers, smart phones, and tablets can be used.

Perfect security based on continuous monitoring
We are constantly monitoring the service level with third party security audits and regular meetings with the server monitoring company so that there is no degradation of service.

Cloud has high scalability
CANALS can be smoothly linked to the various Web services that are available on the cloud.

Do you require help
with your business system?

CANALS will provide solutions to any business challenges
faced by small to medium-sized enterprises on the cloud.

We have not introduced any system.
We are using a system developed in Excel.

There is a limit to the extent which business can be managed using Excel. When cloud based system CANALS is used,the system can be setup with little initial investment and reliable security measures.
Moreover, there is no payment to be made till the system is operational.

The system which has been implemented is not meeting the business flow requirements of our company.

CANALS conducts thorough business analysis before implementation,and offers a system suitable to your business.
The system can be customized even when it is in operation and flexible support to the required changes in the business system can be provided.

The system is a black box and the intent of the managers is not incorporated.

CANALS is safe because our engineers will support your business. You can use us as your system department and "visualization" of your in-house system can be setup.

The system is inefficient as it can be utilized in certain specific environments only due to issues with the license.

CANALS is License Free.
Any number of units such as computers, smart phones, and tablets can be used irrespective of the device and the cost remains the same.

Information is not centralized.

CANALS centrally manages various information of the customers, contracts and sales as a database on the cloud that can be browsed by all the authorized persons, this significantly contributes to the efficiency and standardization of business.

To achieve the ideas of the customer in the cloud.

Tasks that can be managed by the system should be assigned to the system.
Employees can concentrate on their core activities.

A system personnel is required to “Translate” between the system and the user in order to implement the requirement of the managers utilizing the management system. However, there are many small and medium sized enterprises that do not have a systems department which are part of large enterprises. “If tasks that can be managed by the system are assigned to the system, the personnel can concentrate on service improvement. The competitiveness of the enterprise can also be increased.” The development of CANALS started with this thought process and the goal was to become the “External system engineers” of our customers. 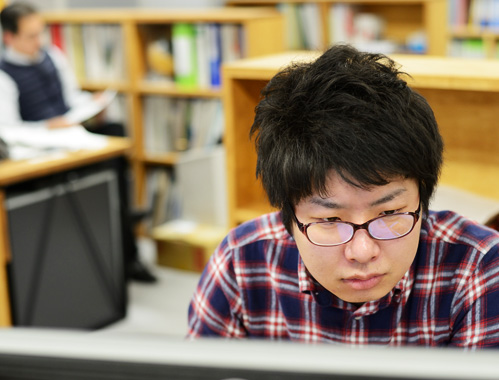 A system which “Grows along with”
the cloud that can be used anytime, anywhere.

The most important aspect on which we concentrated during the development phase was cloud services. The service was referred to as "ASP" or "SaaS” during the initial stages of development in the year 2002 and it was considered that the initial investments could be controlled by offering expensive server and monitoring services as a package.

Moreover, the information system can be also referred to as the "Nervous system" of the company. There have also been requests to change the entire system based on the historical background, changes in company size and management policy. CANALS was founded with the concept of a system that “Grows with” the enterprise and can be changed anytime and anywhere. 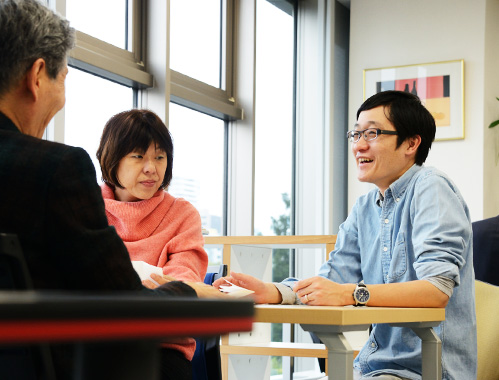 Our goal is to become the external “Systems Engineer”
with the business flow knowledge of your company.

The first step in introducing CANALS is to have detailed discussions with our customers. We understand the business flow of our customers in detail during these discussions and customize the system so that it is in line with the actual business operations of the customer. We can offer an optimized system at low cost by combining the various modules that have been already implemented. “Fit and gap analysis” is performed during the test operations and the gap is measured, corrections are implemented to obtain the required fit.

We will familiarize ourselves with the business flow of the customer though we are external staff, and will engage in the activities as “System Engineers”. This is our policy. The organization setup of CANALS always provides support with a director instead of a support center operator. 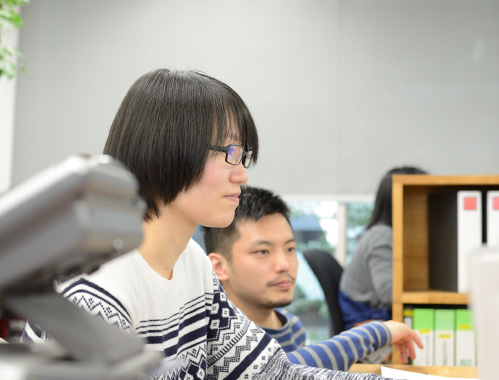 CANALS will continue to evolve further
by combining cloud with cloud.

One of the strengths of cloud based CANALS is that it can be linked with other cloud services.

The cases where problems are solved quickly at low cost by combining cloud and cloud are expected to increase in the future.

Eventually, there may come a time when business flow is completed in the cloud. 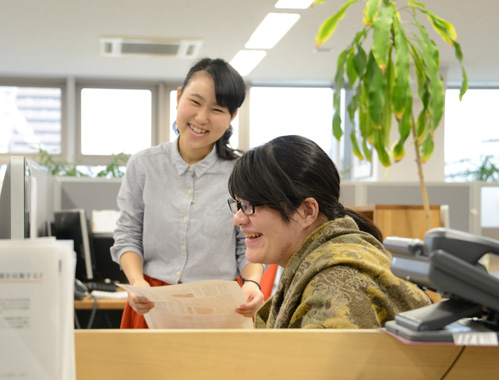 CANALS will continue to evolve
so that the business flow and
processes of the customers
can be transferred the cloud.

稼働するまで
費用はいただきません
There is no expense until the system begins to operate.
We shall adjust the specifications of the system using “Fit & gap analysis” any number of times until the system meets your company’s requirement.

専任担当者が
しっかりサポート
Once you raise a complaint, the operator provides system support. Invariably, the operator will ask many details. CANALS has dedicated full time personnel who will provide reliable support during and after installation.

業務フローの
入念なヒアリング
We will always have detailed discussions on the business flow before configuring the system.
This is because we will not be able to come up with a good system if we do not understand the purpose of the system.